Teaming Up with Chef AJ

By Bruce and MindyFebruary 21, 2022One Day to Wellness

A new study out of Duke University has revealed that our metabolism doesn’t begin to slow down until well into our 60’s and 70’s. The recent research dispels the common belief that human metabolism reaches its peak in our teens and declines swiftly through middle age and later. 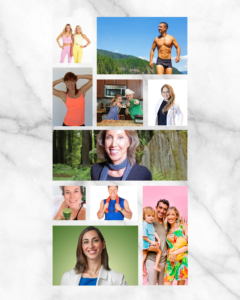 Herman Pontzer, Ph.D., with a Duke University team of researchers evaluated calories burned by over 6,600 people in 29 countries, with participants ranging in age from 8 days old to 95 years of age, to determine how much energy was expended each day.

The results surprised everyone. The research indicates that metabolism reaches its peak during the first few years of life, not during our teenage years as previously thought. After reaching its highest level during infancy, the work suggests our metabolism declines at a very slow rate (about 3% per year) from age 5 to around 20. And here is the kicker: Our metabolism maintains this rate without decline until we reach our 60’s or 70’s.

Pontzer’s team also verified something that Mindy and I have been preaching for some time: Exercise doesn’t help you burn more energy on average. It turns out the super active Hadza hunter-gatherers in Africa expend about the same amount of energy in a day as an office worker sitting in a cubicle all day in Silicon Valley. Our metabolic rate adjusts and stays pretty much the same regardless of the amount of energy expenditure.

But wait! I thought all that weight I put on in my 30’s, 40’s, and 50’s was due to my slower metabolic rate, not because I, uh, became less active, ate way too many of the wrong kinds of food, and drank way too much, and on, and on. I felt a certain defeatist comfort in the knowledge that there really was not much I could do about my expanding waistline, increasing blood pressure, and high cholesterol during mid-life.

Fortunately, I discovered the metabolic phenomenon outlined by the Duke team when I transitioned to eating a whole-food, plant-based diet without oil over 10 years ago at age 52. My daily exercise and activity level did not change. The only variable for me was a complete overhaul of my diet, which was standard and American in every way (high-fat animal foods, lots of oil, dairy, and processed foods). Within six weeks my weight plummeted from 170 to 140 (as well as my blood pressure, triglycerides, and cholesterol). As I continued on the diet, my weight dropped down to 132 and has stayed there ever since (going on my 2nd decade and never going back).

It was so simple, but I don’t think I would have ever known about it had I not discovered the evidence-based nutrition community, including Chef AJ. She just wrapped up an incredible multiday weight-loss summit featuring interviews with Dr. Michael Greger and Dr. John McDougall to name just a few.

This summit also is the kick off for the highly anticipated Weight Loss Bundle that you can purchase for only the next 10 days. Mindy and I have created a nice little shopping package of an evidence-based weight loss presentation along with some of Mindy’s best workouts. We are only one contribution. Highlights include much of the work revealed in Dr. Greger’s book, How Not To Diet along with personal experience. The workouts highlight the best of Mindy! This bundle is worth close to $5000.00 and so many luminaries in evidence-based weight loss community have also contributed their best information. You can access the whole bundle right here from Chef AJ!